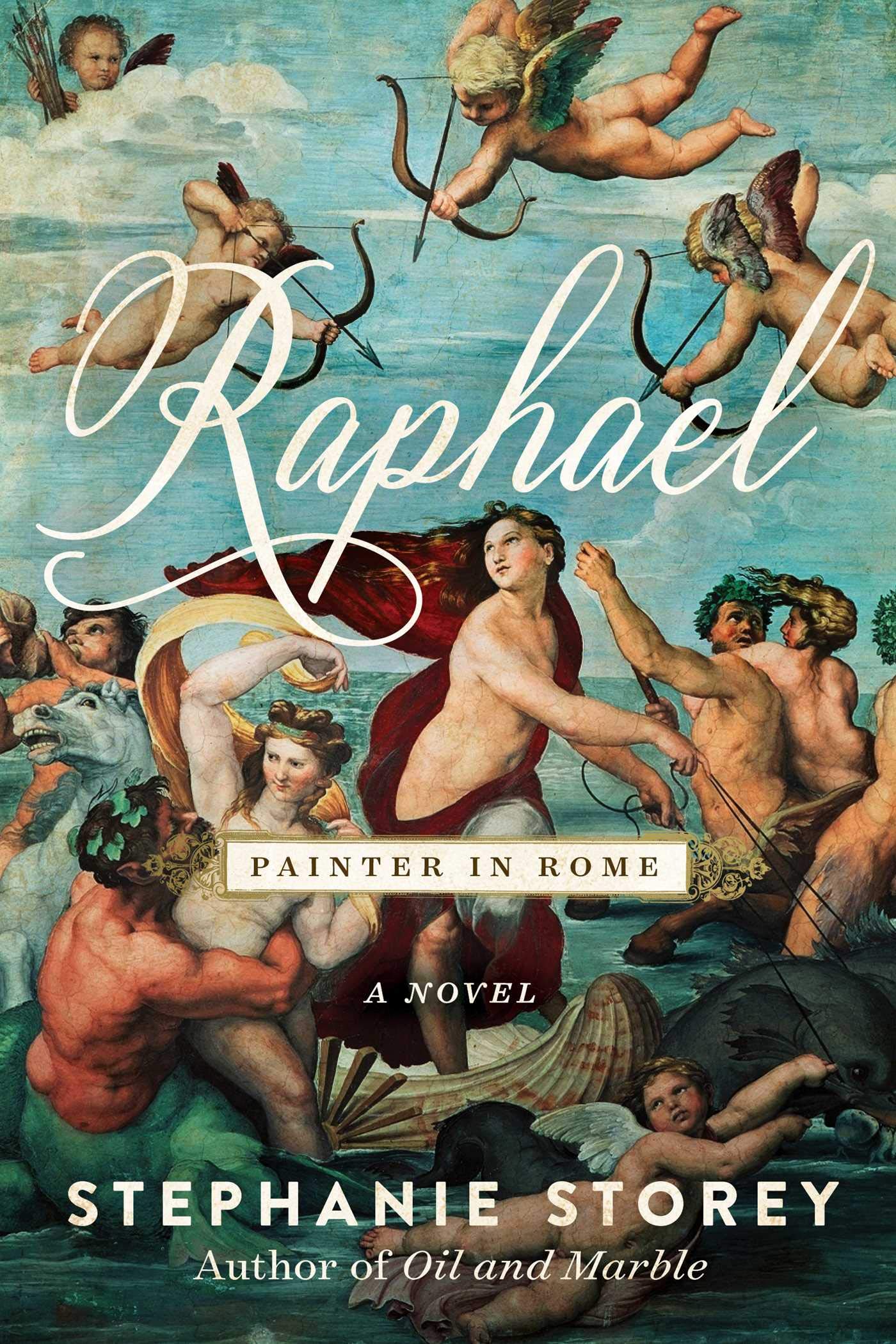 On the first Tuesday of every month, The Bookstore Plus hosts a unique Book Club experience where readers have the opportunity to discuss the book club pick with the author!  On Tuesday, June 2nd, 2020, at 7:00 pm author, Stephanie Storey, will join us via Zoom to discuss her new release, "Raphael, Painter In Rome". If you'd like to join the Zoom call please email thebookstoreplus@gmail.com and in the subject line type ZOOM June.  Our book club is open to the public.

A novel about the rivalry between Raphael and Michelangelo. While Michelangelo is painting the Sistine Chapel Ceiling, Raphael is just down the hall decorating the pope’s private apartments…

"In Raphael, Painter in Rome, Stephanie Storey takes one of the most towering figures of the Renaissance and seats him across a tavern table from the reader. Raphael’s voice is as vibrant and colorful as one of his paintings, and he positively leaps off the page and to life."

— Alyssa Polombo, author of The Most Beautiful Woman in Florence and The Borgia Confessions

Stephanie Storey’s debut novel Oil and Marble was hailed as “tremendously entertaining” by The New York Times, was named one of Hudson Booksellers’ Best Books of 2016, is a Los Angeles Times and #1 Amazon bestseller, and is currently in development as a feature film by Pioneer Pictures. Her newest novel, Raphael, Painter in Rome, is due out in April 2020 in conjunction with the 500th anniversary of Raphael’s death (April 1520).

Stephanie has a degree in Fine Arts from Vanderbilt University and attended a PhD program in Art History—before leaving to get her MFA in Creative Writing from Emerson College. She has studied art in Italy and been on a pilgrimage to see every Michelangelo on display in Europe. She has also been a national television producer for nearly twenty years in Los Angeles for shows including Alec Baldwin on ABC, Arsenio Hall for CBS, and Emmy-nominated The Writers’ Room for Sundance Channel. When not writing novels or producing television, she can usually be found — with her husband, an actor and Emmy-winning comedy writer — traveling the world in search of her next story.

Oil and Marble: A Novel of Leonardo and Michelangelo (Paperback)